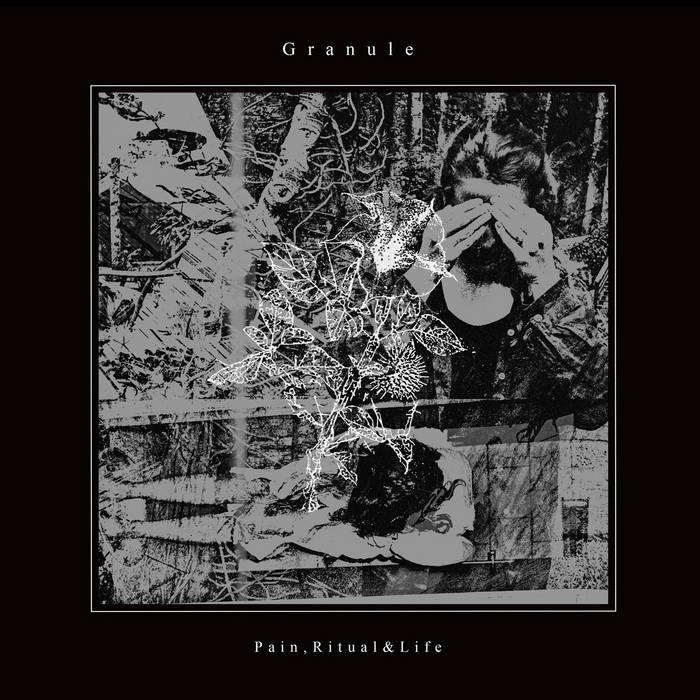 To support the Limited Vinyl release we are releasing a set of band merchandise over at our webshop: www.bedouinrecords.com

The space is small and heavy with smoke, a distinct smell of smoldering. A couch, a recliner, and a littered coffee table sit below the the tobacco haze, barely distinguishable, with heavy curtains keeping the sunlight out. The television sits on a piece of plastic lawn furniture, a familiar VHS warm glow plays a depiction of ritual in slow motion. Like a surgical video, the color just as violent, the screen emits humidity. From a back hall, the murmuring of drums, rasped voices, melting low tones. The carpet underfoot feels wet, the smoke is thicker. Behind one door, a mattress with no box spring or frame, just crooked against the corner, no sheets, a milk crate bedside table with an overflowing ashtray. The smoke has no origin here. The next, an unkept wash room, one thin man shaves the head of another with a towel draped over his shoulders. No smoke. Just staring. The last is the obvious. The drums and voices butted up against the other side of the cheap wooden door. Inside, 8 shrouded listeners, a burning hole in the rug, and a polished monolith of stereo equipment. The sound is near deafening, like the ringing in your skull when it smacks the pavement. The only clean surface in the entire tenement is the stereo, kept immaculate. There is no end in this sound, it soundtracks this space. The burning never ends. The ritual is ongoing. A meditation on demise, the listeners know no world beyond the space. The difference between a monk and prisoner is the monk can leave their cell. The listeners are capable, but refuse to move. Beaten down in a tremendous heap below the stereo, one hand rises out, and turns it up louder.