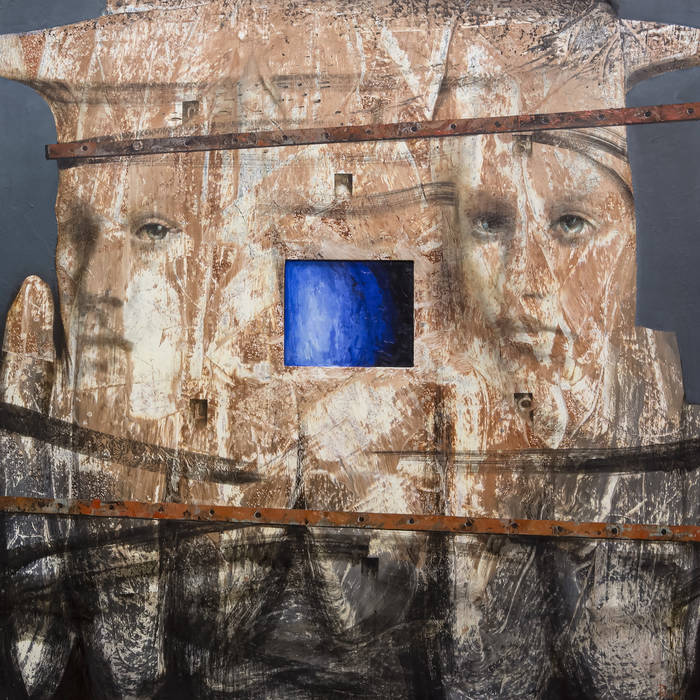 AS IF NO WAY

Constantine Skourlis is no stranger to long works that inspire violence and darkness in the mind. As reflections of the sociopolitical climate, the ongoing human rights struggles we witness, and the suffering so many endure, Skourlis follows the theme of his highly acclaimed debut album Hades with distinct, thematic strength; a dualistic nature of beauty and of violence. Seeking balance and peace with abhorrent horror and inescapable strife, his sound is reflective of his mission statement.

Gorgeous, unique vocal and electronic music with the decisive addition of the legendary Halldorophone clash with the decimating percussion by Serapheim G. of legendary Greek heavy rock band Planet Of Zeus evoking moments of both lucidity and discomfort. Be that of hopeful outcomes or unfettered doom, the motion is there. Loops cascade in on themselves, implode, get lost in frequencies, and reemerge. Every work that Skourlis makes is oceanic in scale. Deep, cold sensations from sub-bass butt up against sunbaked heat from high-pitched string ensembles.

Although adjacent to neoclassical composition, Skourlis finds the permutations between past musicalities and creates a new, distinct invention. It's a sound that could as well come from deep in your skull as much as it could come from the very back of a cave so deep you cannot see the end of it. It's the sound of a bullet leaving a chamber and the sound of it entering bone. Constantine is, without a doubt, one of the composers of the 21st century that will be reflected back upon, no matter what world is left for the future.

All music written, produced and performed by CONSTANTINE SKOURLIS at various locations in Greece, during 2017 and 2020.

Special thanks to Salem Rashid, Dafin Antoniadou, Iakovos Gurulian, Stephan Richter, Jordan Davidson without whom this album would have been near impossible to make. Thank you for your ongoing inspiration and critique.